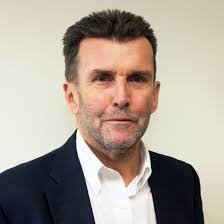 Chris Marsh FRICS MRTPI DipTP DipCP is Managing Director of Christopher Marsh and Co.Ltd (Sustainable Property Consultants) and as a Chartered Surveyor and Chartered Town Planner has been heavily involved in research and consultancy projects for many years with a particular emphasis on Planning Obligations and Affordable Housing, client’s including Central Government, the GLA, the Audit Commission and the RICS. He was part of the Government advisory team reviewing/ reforming Planning Obligations and formulating Circular 05/05, and co-authored the Audit Commission guidance.

He has over 35 years professional experience, mainly as an advisor to a wide range of public sector clients. The Practice specialises in negotiating planning and development packages on behalf of public bodies and has been involved in over 360 major schemes since 1985, including the Prince of Wales’ Poundbury development, the Future of Greenwich Riverside and the Millenium Dome (recently revised, Sept 2015), Cricklewood/Hendon Regeneration, the relocation of Arsenal FC, West of Stevenage, Heathrow Terminal 5, the London Eye, Wembley Regeneration, Woolwich Arsenal, the Kidbrooke Estate, Barking Riverside, the Olympic Games, the growth areas in London Thames Gateway, West Northants DC, Ashford BC, and many others across the country.

The Practice focuses on advice to planning authorities on planning obligations and affordable housing policies in Development Plans and/or preparing Supplementary Planning Documents; carrying out affordable housing / CIL viability studies, assisting in determining / maximising appropriate Obligation and Affordable Housing packages and especially as the Independent Assessor, to review developer’s financial appraisals where the applicants claim a proposal cannot afford its consequential infrastructure/Obligations and/or affordable housing. Wherever possible, the rationale is to facilitate development projects that meet both the applicant and the authority’s expectations.

Together with Denton Sapte Wilde, the Practice initiated Review Mechanisms in Planning Agreements in 2006/7, subsequently adopted by many Authorities, and now widely practised.