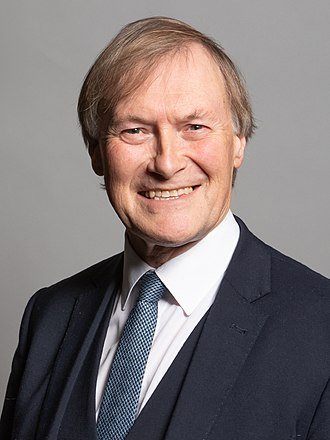 One of Sir David's most important legislative successes came in 2000 with the Warm Homes and Energy Conservation Act.

One of Sir David's most important  legislative successes came in 2000 with the Warm Homes and Energy Conservation Act. In a speech he made in the House of Commons made by Sir David, The Act came to fruition after he was drawn out of the Private Members Ballot to meet with Martyn Williams, a campaigner from Friends of the Earth, who convinced him of the need for the Act following on from the death of a constituent in a cold house,  We met with Sir David's team in his parliamentary offices in Westminster in 2019 and pledged our commitment to supporting his efforts in the most positive and constructive way possible, by means of positive action.

He also appeared in the 2019 Panorama Program "Too Poor To Stay Warm" in which he clearly sets out his thoughts on why there is absolutely no excuse in the 21st Century why there are still tens of thousands of elderly, disabled and economically challenged people with underlying health conditions still dying in the UK every single winter,  a belief we whole heatedly share support in our work against fuel poverty with over 140,000 directly resulting deaths in the UK within the last 10 years.

We believe it is the responsibility of all who can to play their part in bringing this totally unacceptable situation to an end to do so in any way within their respective power to do so.